Music
We are pleased to welcome visitors again. Everyone's health and safety is most important. Therefore a maximum of 4 tickets per household is in place and a limited capacity to guarantee a minimum distance of 1.5 meters.

The young Moroccan cellist Yassir Bousselam gets together with Syrian ud player Nazih Borish, Dutch cellist Jan Bastiaan Neven, and violinist Abderrahim Semlali, who leads the Amsterdam Andalusian Orchestra in a programme of traditional Arabic music and Bousselam’s own compositions.

Bousselam interprets traditional Arabic music on the cello: simply by playing the beautiful old melodies (complete with quarter tones), by improvising with them in a jazz context, and by arranging them for cello, ud, ney and percussion. He also draws all these strands together to create his own compositions. Born in Rabat, Yassir Bousselam has studied at conservatories in Morocco, Paris and Brussels and is steeped in traditional Arabic music. Although attached to the classical repertoire, he relishes diversity, collaborating with musicians in multiple genres and artists from different cultures to encompass a poly-cultural world in his performances.

Nazih Borish was born in Latakia, Syria, began teaching himself the ud at the age of five, and was playing in professional bands by the time he was thirteen. On his musical journey he has absorbed influences from many cultures, such as flamenco, jazz, blues and Indian music, incorporating them into his playing and constantly pushing the boundaries of his instrument. Concert presented in collaboration with the Cello Biennale. 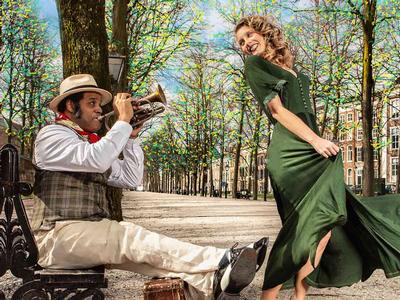