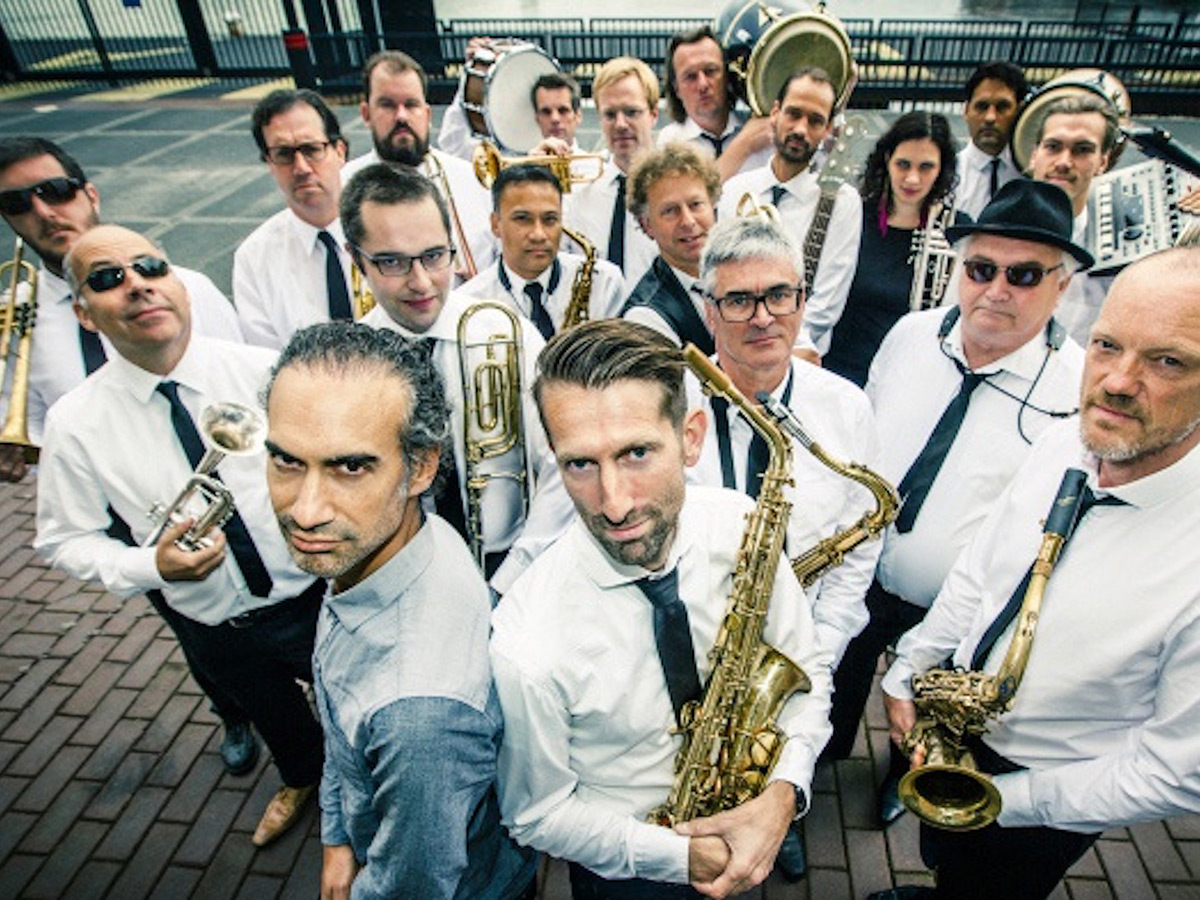 A Tribute to James Brown

If anyone made funk break through to a large audience, it is of course The Godfather of Soul. James Brown lives on in our collective memory. Of course because of classics that everyone knows like Sex Machine and Cold Sweat, but also because of the thousands of hip hop tracks that are based on samples of his Funky Drummer.

The Netherlands' biggest funk band, Amsterdam Funk Orchestra, pays a flaming tribute to James Brown. And to do it right, there is really only one person in the Netherlands who can put himself in James Brown's shoes: Jared Grant. Together with a 19-piece band, the James Brown classics will be performed in the thickest possible way. Get up!

Jared Grant
At the end of 2012, Jared Grant not only won the 3rd prize of the jury but also the audience award of the Music Matters Awards. In 2015 he reached the final of The Voice of Holland. Besides his many solo performances, he is often a guest of various bands and artists. His own singles and albums are frequently streamed on well-known music platforms and radio stations.

Amsterdam Funk Orchestra
Founded in 2014, the biggest funk band in the Netherlands has become the fastest rising star in the clubs, both in the jazz and pop circuits. Over the past two years, the band has often been seen at major festivals, such as Haarlem Jazz & More, Landjuweel and De Parade.

The band plays classic funk and afrofunk, written and arranged especially for them by Efraïm Trujillo. The band knows its classics and also plays pieces by Fela Kuti, among others. The large rhythm section with double percussion makes Amsterdam Funk Orchestra a band you can't sit still for!