In conversation with... Sarah Ringoet

About her collection NOT | STILL and mime 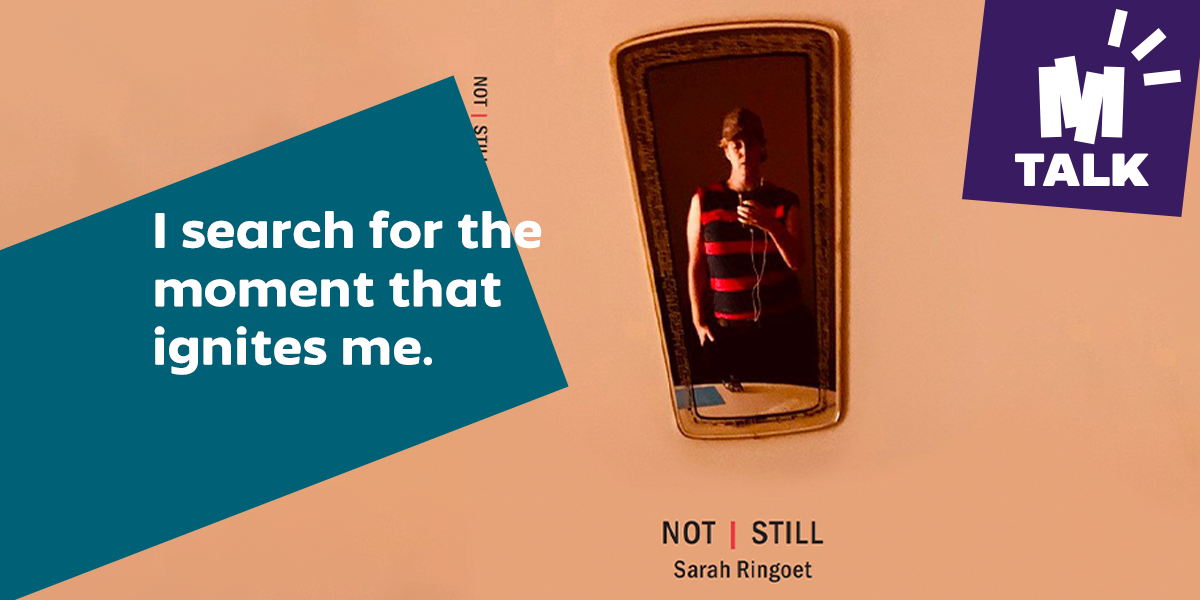 Terug naar M-Talk
This week marks the one-year anniversary of the publication of Ringoet's third collection NOT | STILL published by it&fb in Amsterdam, which was written during the lockdown. It is Ringoet's first work in English. NOT | STILL is a personal, poetic work with a political social touch. The collection has already been bought by people from more than 40 different countries.

In the summer of 2020, I was deeply moved by the injustice regarding the events of George Floyd's death and the emergence of the Black Lives Matter movement. Injustice is always very close to the heart of what I create. I search for the moment that ignites me. The moment this happens, I start writing. The first words I wrote on a summer’s day in July 2020 were:

At the time, I could not have imagined that these words would galvanize a whole trilogy.

During Pride 2021, I read the entire trilogy in The Student Hotel in front of a live audience. This was my first performance since the beginning of the pandemic and many enthusiastic reactions followed. To me, this was an unforgettable experience - a delight as one would say - because I was also - and finally - performing again.

I would love to adapt the trilogy for theatre one day. So that is a future plan for sure!
And some exciting projects are coming up, stay tuned!

NOT | STILL is available through Waterstones, Theaterboekhandel and The American Book Center.

What is the relationship between mime and text or use of language? There seems to be a lot of misunderstanding about that.
Some mime artists like to work with text, while others prefer the physical approach. And then there are the makers who like to mix them, like myself. My text-based performances always start from a physical idiom, from which the content of the performance can be derived.

Stripped (2014) and Bodywarmer (2017) are examples of text performances with a physical concept at their basis. The mime that is created depends on the maker, so this makes mime personal and diverse. There are as many styles of mime as there are mime makers.

Why is mime not just wordless theatre?
Because not all theatre without words is mime.
Sometimes I hear people say 'Yes I also make mime, physical theatre’. This truly irritates me. You are only a mimer if you have studied at the Mime Opleiding. And only then can you call your work mime.

What do you consider the power of mime?
The way in which a mimer is present in the space, with her/his/their physical consciousness and how she/he/they makes his/her/their inner world transparent in the 'here and now' and is able to translate it physically. This three-dimensionality in the way of performing is inherent to mimers and distinguishes them from text actors and dancers.

Trained text actors have a different approach (empathy etc.) and do not have the same physical awareness as mimers. The quality that a mimer has, stands out. Mimers are always a breath of fresh air in theatre and dance performances; they are able to take the material to the next level. Mimers colour the Dutch theatre landscape.

The audience comes to the theatre for an experience. Is it really important that they know that they are going to see theatre, dance or mime? Isn't that only important for professionals?
I think it is important to educate an audience, to keep them awake and make them curious. I think an audience secretly wants that too. It is our task and responsibility as creators, producers, programmers and theatres to inform, bring nuance, and not put all physical theatre in one category but to introduce a vocabulary to an audience. In this way, a spectator can develop a taste for mime, and perhaps, after a number of performances with the same (mime) actor, she/he will discover that she/he actually loves mime.

What were the differences between writing for 'Jihad van Liefde' (knowing that an actor was going to play it) and writing for your NOT | STILL collection (for which you have mimers in mind)?
When I wrote Jihad van Liefde, I wrote a theatre text based on a book (Un jihad de l'amour, written by Mohamed El Bachiri and David Van Reybrouck). This trilogy started with only two words: NOT and STILL. Nothing else but those two words. Two different writing experiences with another plan. When adapting the book for theatre, I had to respect the story and the structure of the book. I had to connect to the inner logic of the main character and get inspired to create theatrical scenes. In writing NOT | STILL I was creating and constructing a whole universe, containing multiple dimensions. The content had to be found during the writing process.

When you look at what Meervaart has to offer this season, what are you looking forward to seeing?
To everything that is mime of course! 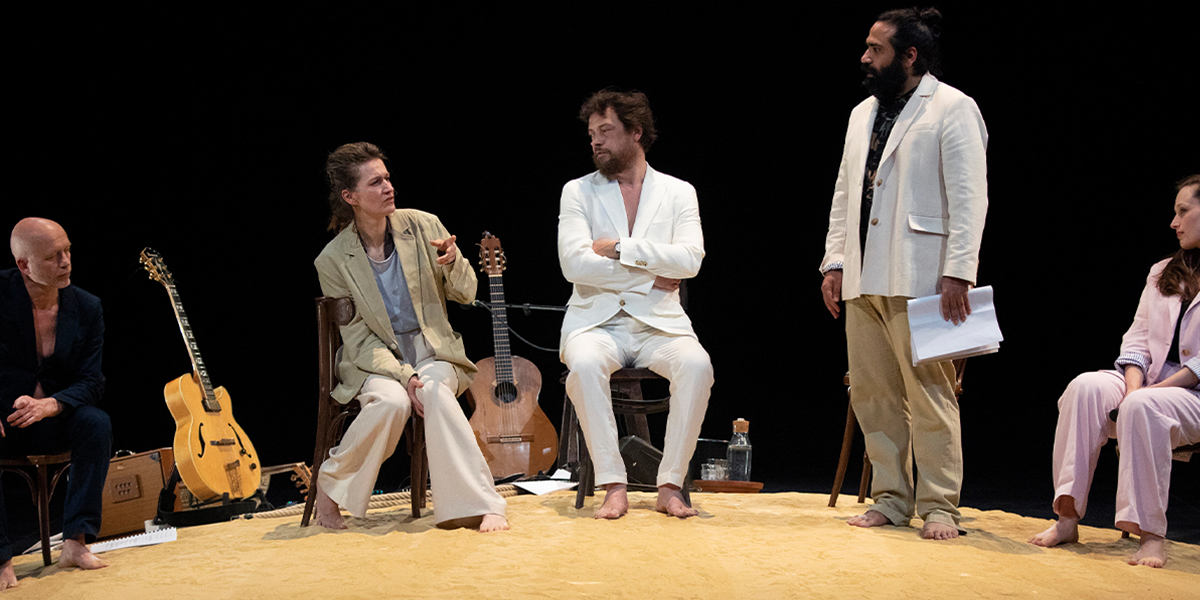